The inspiration for this post came from the poems, The Loner by Julie Holder and The New Boy by John Walsh. This is an ideal exercise for KS3 (ages 11-13). 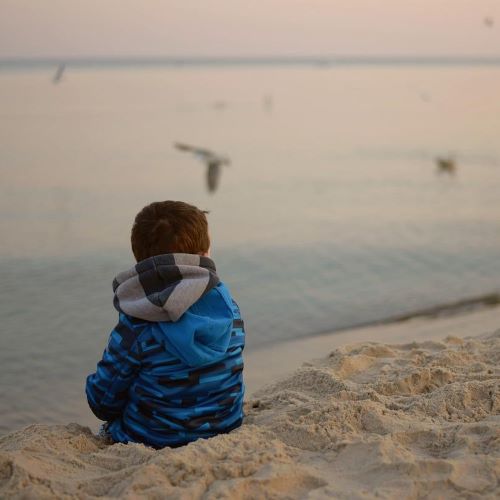 The first is about a boy who always stands by the wall in the school playground and never joins in. He’s reached a kind of stalemate where he doesn’t make an effort and neither do his peers. It’s as though they’ve become used to, or immune to seeing him standing there, alone. Then one day, he’s no longer there, apparently moved to another school, but the expectation remains that sooner or later, someone else will fill his spot by the wall.

The second poem is about a boy’s loneliness when he starts a new school and his anxiety relating to the rowdy, noisy environment. In the end, however, this boy does make a friend, which leaves the outcome of this poem much more positive.

As a group, we discussed how the poems make us feel and which poem we liked best and why. The preference was for The Loner due to its more dramatic nature. I personally favour the happy ending of The New Boy as I found The Loner rather sad. Maybe that’s the mother in me!

We also looked at the language used and the effect it has on the reader, and we analysed the number of verses, lines per verse and the rhyming scheme of each poem.

The Loner has four verses (or stanzas). Each has a different rhyming scheme: ABBCCDD for verse 1; ABABBCB for verse 2; AABBCC for verse 3; and AABCDB for verse 4.

The New Boy has seven verses with the rhyming scheme, ABCB throughout.

Planning a poem on the theme of loneliness.

We then went on to plan our own poems on the theme of loneliness, using this plan:

Here is an example plan about the loneliness that comes with memory loss:

And the finished poem:

The old man sits alone
Vacant expression like a lost child
His eyes frightened and wild
A kaleidoscope of memories fills his mind
To sort through them is such a bind
In darkness he is drowning
So he just keeps on frowning.

He’s rocking gently in his chair
Not sure what to think
Tugs and pulls at his hair
Trying not to sink
Into the black void that’s there with every blink
A single tear falls from his eye
And lands on the floor like spilt ink.

Occasionally he has a good day
When all the darkness lifts away
It’s like he’s been given a new start
And love for his family fills his heart
Once more the world makes sense
And he’s no longer living life in the past tense.

But release from the darkness does not last
And soon his mind is overcast
Back in his chair, alone and afraid
The vacant expression returned
Though he is loved, he does not know it
His mind fragmented and decayed.

Making a plan before you write always helps the process. And it’s much easier than staring at a blank page wondering what to write.

Here are some more examples.

Up through the clouds,
Through the air,
Full of loneliness and despair,
The pigeon was anything but proud.

It searched for its flock,
High and low,
Even through snow,
But they were nowhere to be found, so it rested on a rock.

The flock was far,
The pigeon was cold,
And there is no more tale to be told.
By Max.

The world feels against you,
A crowd of people, yet still alone.
No one to hear your troubles,
And feeling, almost unknown.

Like a shadow or whisper left unnoticed, Like a wolf without its pack.
Like a book without any words,
And all the pictures are fading black.

Like the sun has left the earth,
As if confined to a single place.
As if your voice cannot be heard,
And no one knows your face.

Trapped between worlds,
Like a soul without a home.
And no one will ever understand,
What it’s like to feel alone.
By Aoife.

Hope you have fun with this exercise. Let me know how you get on.

If you want to come and join us at Young Writers, book a trial session, or contact me for more information.

Which one is your favourite? I like Book Flea!

What’s on in August? My popular book-writing co

I’m a bit excited about getting my copy of Sunfl