Want to know a fun thing to do with your weekly spellings list? Turn them into a short story. 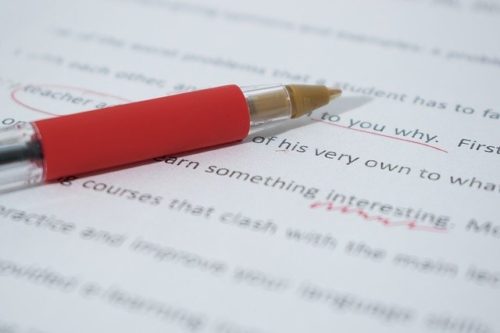 This is one of my favourite things to do with the children at Storymakers and it’s particularly useful if you have reluctant writers. Not only does it help with spellings, it helps to get creative with story ideas.

What do you need?
First you need a list of spellings, ten to twelve will be enough.
Put each of the spellings on a piece of paper and cut them out.
Turn them over so you can’t see what they are.

You can start by deciding on a character and give it a name, but this isn’t necessary. Just turn over one of the words and write an opening sentence including this word in it.

And that’s basically it. Put that word to one side and pick up the next word. Write the next sentence, making sure you continue the story on, not just writing ten to twelve random sentences that don’t link in any way.

The only rule I stipulate is that if you can’t think of a way to use the word you’ve picked up that moves the story on, put it back and choose another one. But you only get to do this one time.

Here’s an example. The spellings are in bold so you can see where they’ve been used.

“One Saturday when Rory got out of the bath, he looked in the mirror and realised he was invisible. However, he could just about see his big toes which meant his invisibility was incomplete. He felt different, he knew it would make life difficult. He had to choose to be completely visible or make his toes disappear. This is a tricky thing to think about when you’re only eight.

This was so incredible, could it be true? Just then his mum came in the room “Rory, what on earth are you doing?” He was surprised that mum could see him but then he realised that he was still wearing his Star Wars shower cap and it was over his eyes. He pulled off the shower cap and he was not invisible at all. “Get ready for bed Rory, you have got to get up early in the morning.” Rory went to bed and dreamt of being invisible for real. The end.”

Having one word as a focus for each sentence has a unique way of narrowing down your thoughts and forcing you to think around that word. In many ways, this works for reluctant writers because it gives them an opportunity to move the story on without them having to work from a barrage of ‘free flowing’ ideas that might be floating around in their heads.

Not only will this help you learn your spellings, it will also help you understand their meaning. If you try it and it works for you too, please let me know!