I recently worked with some Year Six children on story planning and writing, under timed conditions. 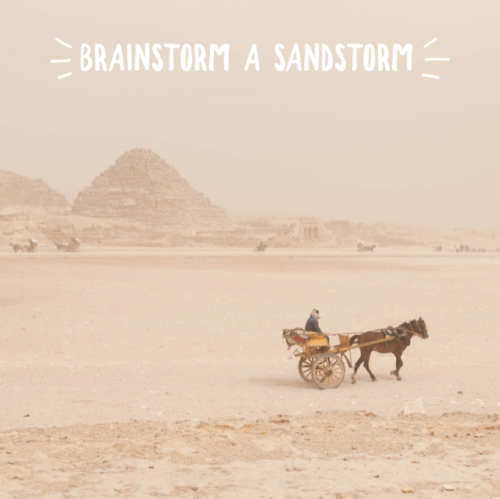 We had 45 minutes, 15 of which were for story planning and the remaining 30 minutes for writing the story. This was the brief:

You are lost in a desert and get caught in sandstorm.

First of all, we brainstormed words associated with desert and sandstorm.
Then we planned the story in three parts, with the middle section including the sandstorm itself.

This was an example of what one of the children came up with:

Part 2.
Go and tell father what found but get lost in a sandstorm.

Part 3.
No water, no food, car broke down. Thinks he’s going to die. Finally truck comes and finds him.

It was a sunny day, like every day here in the King’s Valley. Carter felt something special was going to happen. for months, he had been trying to find Tutankhamun’s tomb, but only found rubble. Just when he thought it was all over, he heard someone shout that they’d found a door. Carter rushed over and read the Hieroglaph. He instantly knew that it was unmistakenly Tutankhamun’s tomb.

Carter got onto the jeep and rushed off to tell the great news. He knew it would be a long trip, but it was worth it. Suddenly, a gust of wind blew by. He stopped and checked the surroundings. He saw snakes, spiders and lizards all going into holes. This could only mean one thing. He got off the jeep and started digging a hole to make a barricade. The wind picked up pace and in the distance, he could see it now. The sandstorm raged through the desert, seeking for a meal. The winds howled and his heart rate thumped faster than he could control. He was blinded by the sand scattering everywhere. He tried to get some shelter in the jeep, but it was covered in sand already, so he dug and dug until he lost consciousness.

Al Carter’s eyes fluttered open and and he was staring at a man he had never seen. At first, he was surprised and tried to sit, but instantly, fell down. He looked at his arm and saw it was bent in a 90 degree angle. The man asked why he was here. Carter replied,
“I got stuck in the sandstorm.”
The man said that he needed to go to hospital, so helped him up and took him to Cairo.

Brainstorming around the key theme of the story, helped the writer to come up with an idea and planning prior to writing, ensured he stuck to a structure in the time-frame and gave his story a beginning, middle and end.

Have you tried planning and writing a story this way?