When it comes to writing, and reluctance to write, I always encourage starting small. You’d be surprised by where that can lead. 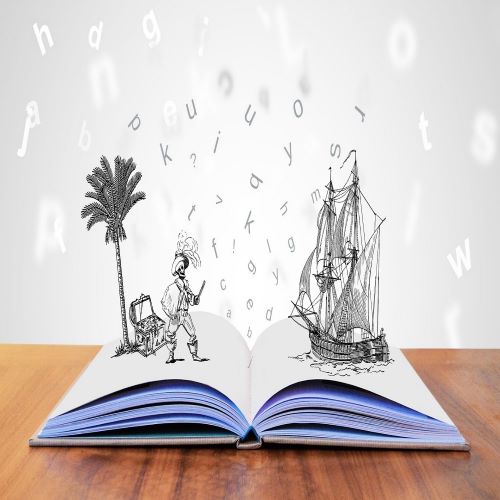 One of the writing exercises I’ve been doing with the children at the Storymakers’ Summer School these last few weeks is an extremely simple one. I ask them to write a sentence, just one sentence, but to make it as interesting and descriptive as possible. We do this three times and I make sure the chosen three subjects relate to each other. That’s because by the end of this exercise, they have a potential story idea to play with.

Let me give you some examples.

– It was an expedition like no other and the explorer knew if she were to succeed, she would go down in history as the greatest explorer that ever lived.

– As they ventured deeper into the cave and the light behind became nothing but a ripple in the shadows, a deep sense of foreboding came over her, made worse by the feeling that she was being watched.

– There it was, pulsing in the darkness as if it was calling to her, pulling her closer with a force she was unable to resist.

These are sentences about an explorer, a cave and a jewel and together, they have the potential to be an interesting adventure story wouldn’t you say? And that’s just from three sentences.

– Banished from his kingdom, this had never been the wizard’s intention, but if only that last spell hadn’t gone so badly wrong.

– Strong, powerful, shining like the sun despite being thousands of years old, the Eye of the Storm was a sword of legends.

– Protected by a binding spell, the forest of gnarly old oaks and black, choking ivy had been impassable to those who did not possess the knowledge of ancient magic.

So, if you haven’t guessed already, these are sentences about a wizard, a sword and a magical wood.

Try it for yourself.

The aim is to make each sentence as interesting as possible. Imagine if this was the only thing a reader would see. Make them intrigued enough to want to read the rest of the story. Give hints about the character, what’s going on, or what possibly might go wrong. And just see where it leads.

A dragon, a knight and a castle.
A pirate, a boat and the sea.
A librarian, a magical book and an alternate world.
A trapeze artist, a circus elephant and a Big Top.
You could make up your own too!